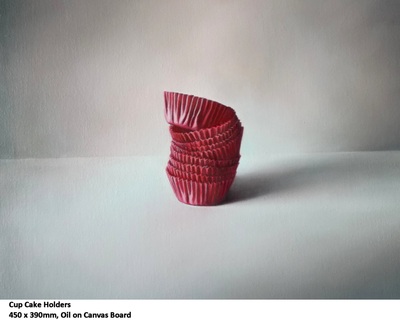 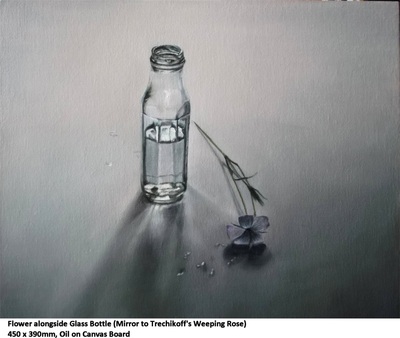 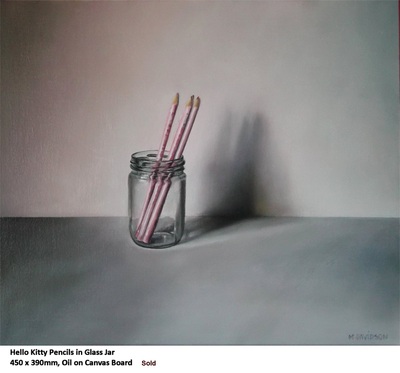 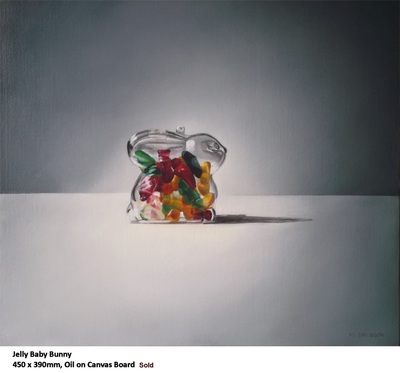 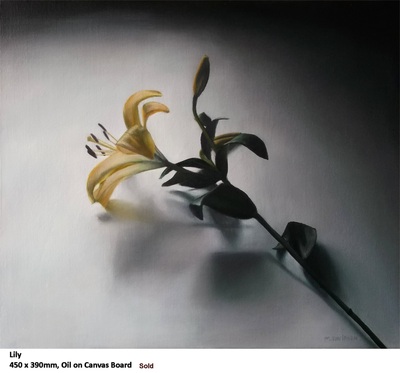 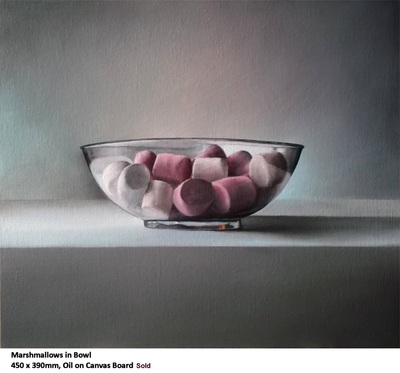 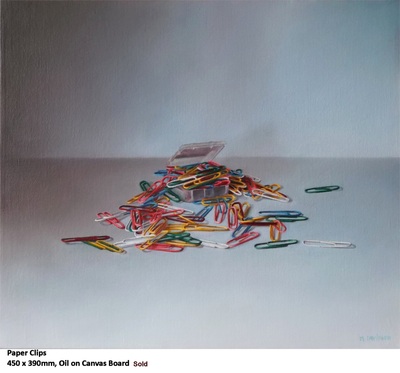 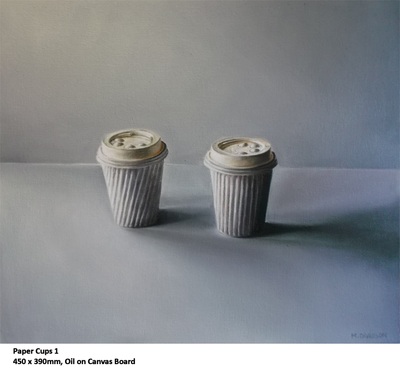 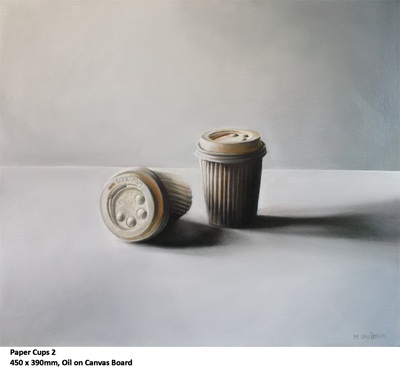 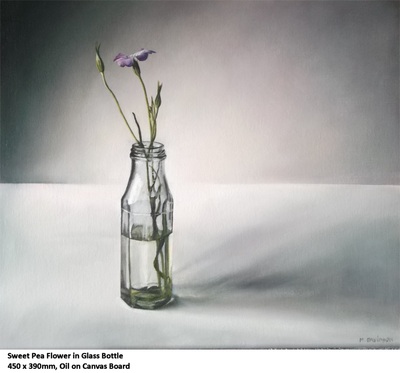 Still life painting is, quite simply, the depiction of an object.

The intriguing ingredient of the still life paintings in “Objects of Enlightenment” is that we are shown a new way of looking at the ordinary every day object around us.

Traditionally, objects in a still life were selected for their symbolic meaning.  Some were chosen for there aesthetic value; Cezanne for instance used apples in his still lives for their colour and shape.  The objects in this exhibition were intentionally chosen for their monochromatic quality and simplicity.   It is the artists’ intention for the viewer to acknowledge the space around the object as well as the object itself.

Light plays a pivotal role in these works.  The use of light and shadow creates an ambiance that domineers the object depicted.  Ones eyes are indulged as they widen to take in the whole painting: the play of light, the fading shadows and the chiaroscuro-ed object.  The background becoming just as important as the object itself.

The simplicity of the objects and their monochromatic colouring also creates a mystical atmosphere. The paintings are transformed onto an ethereal platue, iconifying the object.  One feels that the works should be hung in a cathedral as they are personified with a life beyond the ordinary.